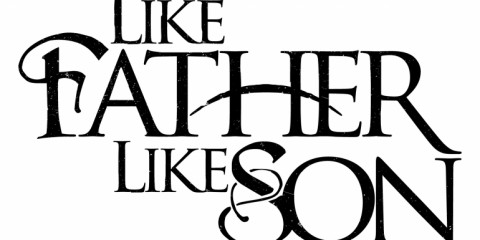 If God is your Father, don’t get upset when people hate you for no reason. Satan hates God for the same reason haters hate successful people. He wants to be God, but he can’t. And as they say, like Father, like son.

Faith for God’s Will 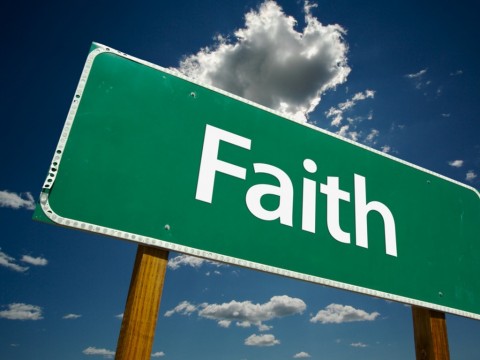 There are somethings that you pray and have faith for and yet it doesn’t go through. When that happens, it does not mean that your faith is weak or that God is not real or that He doesn’t hear you. That’s what Satan would want you to believe. The truth is that there are some challenges God wants you to face in order to achieve a greater good for Him, you and humanity. If you pray over those challenges, God is not likely to change His will no matter the faith you have. Yeshu’a (Jesus) the Son of God had more faith than any man ever born of a woman. In fact He was a living faith. His Father always gave Him what He wanted when He prayed. Yet when He was to go to the Cross, He prayed “my Father, if it be possible, let this cup pass from me: nevertheless not as I will, but as you will”-Matthew 26:39. It WAS possible because God can do anything. Yet it was not expedient for God to violate His will. And because He allowed Yeshu’a to die, many have been saved! So, don’t lose your faith because of the challenges you are still facing despite your prayers. What cannot be avoided must be endured. “weeping may endure for a night, but joy comes in the morning”-Psalm 30:5.

The Gift of Joy

Only foolish folks say money cannot buy happiness. Happiness depends on happenings. And money can make things happen. In fact, Ecclesiastes 10:19 says “money is the answer for everything”. It is joy that money cannot buy. Joy is a fruit of The Spirit. You cannot buy the fruit of The Spirit. When Simon attempted to buy it, Peter rebuked him thus “may your money perish with you, because you thought you could buy the gift of God with money!”-Acts 8:20.  “The Fruit of The Spirit is love, JOY, peace, forbearance, kindness, goodness, faithfulness”-Galatians 5:22. It is a gift from God that does not depend on happenings thus Isaiah witnessed of God thus “You will keep him in perfect peace, whose mind is stayed on you”-Isaiah 26:3.
Reno Omokri is a pastor and author  of Shunpiking: No Shortcuts to God, and the soon coming Why Jesus Wept.
You are invited to follow Reno on Twitter @renoomokri.

Twenty years ago a flock of egrets infested a tree in my parents house and I came from school and wanted to help them get rid of the birds and I started throwing stones at them and did that for about thirty minutes. Then my mother came and started laughing at me and told me my cause was helpless because the birds would only fly away and come back. She told me that if we ensure that there is nothing for them to eat in our compound they would go. That event taught me a lot about thoughts. Evil thoughts will come to infest your mind and you cannot defeat them with will power. What you can do is to ensure that there is nothing in your physical and mental life that those thoughts can feed on. If you feed those thoughts they will stay. If you starve them they will go. So search your heart and your surroundings and make sure that you are surrounded with things that starve and not feed those thoughts.  “I have set the LORD always before me: because he is at my right hand, I shall not be moved”-Psalm 16:8.

Activating the Ministry of Angels 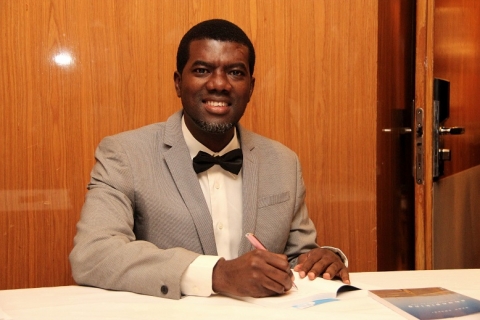 Let’s think of the reverse evangelism we engage in when we put a Christian sticker on our car and then proceed to drive like the devil. Either we drive like saints or we leave Christ out of our driving.

Reno Omokri is the pastor of the Mind of Christ Christian Center and the author of Shunpiking: No Shortcuts to God and the soon to be released Why Jesus Wept.

As a child, I was enamored with Michael Jackson from the first day I watched the Billie Jean video. Till today, people never knew why. My mother taught me to love The Bible and I read and fell in love with Psalm 119:105 “Thy word is a lamp unto my feet, and a light unto my path”. Watching Michael Jackson step on the floor and seeing it light up as it did in the Billie Jean video evoked that psalm in my mind. It was a strong visual reminder for me of the power of God’s Word. Psalm 119 is such a powerful psalm. It is my favorite Psalm. For instance, verse 130 of Psalm 119 says “The entrance of thy words giveth light; it giveth understanding unto the simple”. In the darkest moments of my life, The Word of God has helped me to overcome just like a lighthouse guides a ship to land on a very dark and turbulent night at sea.

The Character of The Spirit

When Yeshu’a was describing the character of The Holy Spirit He said “when he, the Spirit of truth, comes, he will guide you into all the truth. He will not speak on his own; he will speak only what he hears, and he will tell you what is yet to come. He will glorify me because it is from me that he will receive what he will make known to you”-John 16:13-14. The Holy Spirit glorifies Yeshu’a and not the person whom He enters. Note that. When next you meet a person claiming to be working under the power of The Spirit watch carefully who that person glorifies. Himself or Christ. The answer will definitely clear the air on the origin of the spirit under whose influence he operates.

Work on Your Character

The most effective way to have your prayers answered is not to continue asking because God already knows what you need before you ask. Take care of your character and God will give you the desires of your heart. John 15:16 says “you did not choose me, but I chose you and appointed you so that you might go and bear fruit–fruit that will last–and so that whatever you ask in my name the Father will give you”. But what fruit is Christ talking about? “The fruit of the Spirit is love, joy, peace, forbearance, kindness, goodness, faithfulness, gentleness and self-control”. Cooperate with The Spirit to develop those fruits in your character “and whatever you ask in (His) name the Father will give you”.

Signs of the Times

When asked by His disciples what signs shall signal the end of days, Yeshu’a said “nation shall rise against nation, and kingdom against kingdom: and there shall be famines, and pestilences, and earthquakes, in divers places. All these are the beginning of sorrows. Then shall they deliver you up to be afflicted, and shall kill you: and ye shall be hated of all nations for my name’s sake. And then shall many be offended, and shall betray one another, and shall hate one another. And many false prophets shall rise, and shall deceive many”-Matthew 24:7-11. Reading Christ’s Words above is just as if you were reading the newspaper today. Russia and Ukraine, North Korea and the US. The famine in the Horn of Africa. The Ebola and HIV pandemic. Earthquakes in Haiti, China and Iran. The killings and attacks of worshippers in their places of worship. The rejection of God and religion in the public life of many nations and the hatred for people who reject some social practices they believe are alien to God. The many miracle workers who advertise miracles they don’t perform whereas Christ performed miracles and asked the beneficiaries not to tell anyone. So go back and compare Yeshu’a’s Word to current events and know what times we are living in.
Reno Omokri is the pastor of the Mind of Christ Christian Center and the author of Shunpiking: No Shortcuts to God