A Study on Letter 29 of The Screwtape Letters 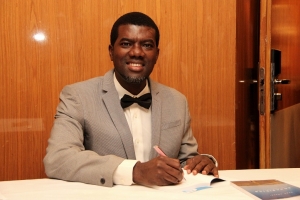 We see that demons use your personality to tailor temptations to suit you. The beginning of the letter had the man being tempted to either cowardice which may comes with the side temptation of  hatred or courage which has the risk of pride.
We see that demons do not know how to produce any virtue. Let’s read Luke 8:46 in the KJV. We see that C.S. Lewis’s writings agree with the Words of Jesus. Demons cannot produce virtue because they are not connected to God from whom all virtues flow.
Demons can only corrupt virtue. So that for instance, they try to corrupt forgiveness into naïvety, or tolerance into foolishness, or long suffering into weakness.
Don’t allow what you feel during tense moments define your relationships when those moments are gone. We have seen that in moments if tension and danger, the human nervous system is more susceptible to violent emotions which even a Christian may display. Now don’t be stubborn and refuse to back down from those emotions when calm returns or to say I am sorry to someone or refuse to hold a grudge against someone for an emotion they displayed to you under tense times.
We see that the enemy plays mind games. He is a legalist and uses the letter of the law to create artificial boundaries that do not respect the golden rule of loving others as Christ loved them.
1 Corinthians 13:13 teaches that Love is the greatest gift of all. 1 John 4:8 teaches us that God is love and is the very heart of who God is. When we love we’re most like God. When we hate, we’re least like God.Therefore, the demonic preference is to get us to hate because when we hate we are least like God. Love feeds faith while hate feeds fear. It is not possible to hate people and not leave in fear because the more you hate the more you are separated from God. This is the reason why demons promote discord between and amongst people.
In Letter 29, C.S. Lewis exposes the deficiency of demons in that they are least likely to tempt a man to cowardice because it is a shameful virtue that a person is likely to repent of and in repenting from it he is awakened to morality and his other deficiencies thus drawing closer to God.
This letter also opens our eyes to the fact that Courage is the foundation of all other virtues. No one can evangelize without courage because you face rejection and ridicule yet continue in it. Without the courage of our convictions in the things of God we will shrink back every time our faith is tested.
We learn that virtues should be unconditional and that it was because Punctius Pilate’s mercy was not backed by the courage  of his convictions that Our Lord was not spared. Even though this has the implication of saving us, it provides us with an example of how an conditional virtue can lead to the death of the righteous.
This letter is particularly illuminating in that it gives the reason for despair which is that it comes from those sins that we feel so guilty about because of the shame attached to them such that our guilt resists the forgiveness and mercy that God gives us when we confess our sins. Therefore, the way to overcome despair is by focusing on Romans 5:20 “where sin abounded, grace did much more abound”.
Another technique of demons is exposed in Letter 29 of The Screwtape Letters. Demons tempt us to cowardice by making us contemplate future events that may or may not happen knowing that if events are contemplated they seem difficult but if they are being carried out they actually not difficult.
The final and perhaps most striking revelation of this letter is that demons subliminally plant in our minds and encourage to accept in our will the false premise that we have safety measures to keep a problem at bay. So for instance, when we should be saving money, the enemy tempts us to believe that we have one friend or one sibling who will inevitably come to our aid so we have nothing to fear. Now, the fact that that insurance is a false safety net built on assumption is kept hidden from us on a conscious level such that when the inevitable happens as it usually does, we soon realize the reality that we can only count on what God has given us and we start to feel resentment against this friend or sibling who did not have an obligation towards us in the first place.
Therefore we begin to have such thoughts as, I would have been a success if only they had invested in my idea. They killed my dreams because they did not support me etc, etc.

The Law of Christ

Posted On August 28, 2013 ~ 0 Comments
In Galatians 6:2, Paul asks believers to "bear ye one another's burdens and so fulfill the law of Christ". But what is this law of…

Be Yourself No Matter What Critics Say

How to Get Ahead in Life